Molecular Genetic Discoveries: Towards a Better Understanding of Homeopathy 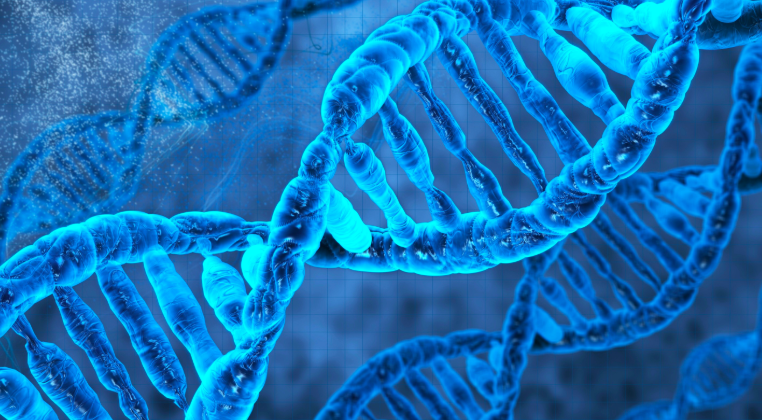 For over two hundred years, homeopathic practitioners have used highly diluted substances to bring relief to millions of sufferers. Because homeopathic remedies include active substances that are far too dilute to have any pharmacological effect, the validity of homeopathic practice has often been questioned. Homeopathy has also been rejected by many on the grounds that mechanistic investigations into homeopathic remediation are limited and lack scientific credibility. The results of recent molecular genetic studies are now beginning to shed light on future approaches to understanding how highly diluted substances may promote their beneficial effects. 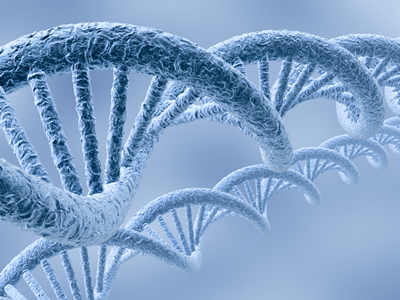 Over the years, various mechanisms, including the idea that water has the capacity to memorize molecular ‘energetic signatures’, have been put forward to explain how homeopathy works.[1] All of them may be relevant and need not be mutually exclusive. There is however, very little supportive evidence for each of these different proposed mechanisms.
In a recent issue (Issue 164) of Positive Health PH Online, I promoted the view that homeopathic remediation must be able to relieve suffering by selectively targeting beneficial regions of the genome or genetic blueprint. Why, because physiological and psychological changes (unless trauma induced) are directed by activation or deactivation of specific genes (parts of DNA, the genetic blueprint) that synthesize the proteins and hormones that are needed to bring about those changes.
In contrast to some of the proposed mechanisms outlined above,[1] exciting evidence is now emerging that supports the idea that homeopathic remediation does have the capacity to interact in a favourable way with the genetic blueprint. Moreover, the results of recent scientific experimentation suggest that different remedies may interact with the genetic blueprint in quite different ways, and that personal responses may vary in accord with the subject’s unique genetic makeup.

Using highly sophisticated molecular biological techniques, Dr Sunili and colleagues [2] have proven in the laboratory that highly diluted and dynamized (potentized) substances can, in fact, activate beneficial genes such as p53.
The p53 gene plays a critical role in defence against cancer (for a recent review see Ref. 3). It controls cancer cell growth and initiates a self-destruct program in cancerous cells. That is why subjects with a defective p53 gene are far more susceptible to development of cancer.
Dr Sunili and co-workers investigated whether highly diluted plant extracts and a tumour extract could interact with the genetic blueprint and activate p53 directly. Results of their work showed that highly diluted herbal extracts are indeed able to induce cancer derived cell lines to self destruct and make them grow more slowly. More importantly, they confirmed that the homeopathic tumour extract carcinosinum, when highly diluted, was able to induce expression of the anti-cancer gene p53 and cause self destruction of various tumour derived cells.

The same scientists also found that different homeopathic plant extracts had optimum anti-cancer cell properties at different dilutions, some of them exerting their anti-cancer cell properties more effectively the more diluted they became. For example, an extract from Conium maculatum caused different types of cancer derived cell lines to self destruct optimally when it was highly diluted.  By contrast, an extract from Lycopodium clavatum only caused cancer cells to self destruct at much lower dilutions. The latter finding is not in keeping with the general view that the potency of homeopathic remedies increases the more dilute they become.
Dr Sunili and colleagues also showed that homeopathic plant extracts react differently to different cancer cells. For example, the extract from Conium maculatum was able to induce the death of cells originating from three different types of cancer. By contrast, homeopathic extracts from Ruta graveolens and Chelidonium majus were able to induce self destruction of cells originating from only one of three different cancer derived cell lines tested. These observations raise the possibility that the way in which homeopathic remedies interact with the genetic blueprint may depend on the recipient’s own unique genetic makeup, just as many modern day drugs do.
As herbal extracts used in homeopathic practice contain a wide range of solubilized substances, it would be helpful to determine which of the extract’s many molecular constituents are actively involved in the genomic targeting process and at what concentrations they are most effective. Results of such studies may help the practitioner to select more appropriate and case specific homeopathic remedies, perhaps taking into account the recipients unique genetic profile.
Dr Sunili and colleagues [2] also showed that the ability of highly diluted plant extracts to interact with the genome is dependent on them being subjected to potentization or dynamization. Potentization involves a shaking process that is thought to alter the structure or arrangement of associated solvent molecules. It is not yet known, however, how each of the different constituent molecules in potentized herbal extracts and other homeopathic remedies target specific beneficial regions of the genome. As indicated above, it may well turn out that there are multiple underlying mechanisms that underpin homeopathic remediation, perhaps dependent on the structure of the highly diluted molecules included in different homeopathic remedies.
Recent remarkable discoveries have shed some light on a mechanism that may underpin an exciting new form of homeopathic remediation that has the potential to target any one of the thousands of human genes that have now been found.

How Many Genes are There?

The human genetic blueprint comprises just over three billion building blocks or nucleotides, the constituent molecules of DNA. There are basically four different types of nucleotide, referred to as G, C, T and A. Each of the four different nucleotides can be thought of as representing a four letter alphabet.  The sequence of these four nucleotide ‘letters’ determines the properties of the genetic blueprint and in particular the precise properties of each gene.
Each cell in the body (except red blood cells) contains two complete sets of the genetic blueprint, one from each parent.  It is now thought that the three billion or so nucleotides contain around 25,000 genes. Each gene has its own unique sequence of nucleotides.  Most genes produce one or more protein molecules that guide our development from conception to death. Even though it is not yet known how they all work yet, some of them that play a critical role in immunity and protection against infection have been well characterised. Other genes that play an important role in maintaining good mind/body health, slowing down the ageing process and protecting against diseases such as cancer have also recently been identified. So how can these beneficial genes be targeted by homeopathic remediation?

Firstly, a little over a year ago, Prof. Kornyshev and his colleagues discovered that specific nucleic acids or DNA molecules are able to communicate with each other through sequence identity.[5] It appears that DNA molecules have some way of emitting signals that can be recognized by other DNA molecules with the same sequence. Signal recognition triggers mobilization and interaction between communicating DNA molecules. This newly discovered sequence-specific DNA molecule signal recognition system can be thought of in the same way that sequences of numbers can be used to communicate with a particular individual via the telephone system. Is anything known about a possible DNA molecular interactive signalling system?
Yes, there is. Prof. Montagnier and colleagues have recently discovered another remarkable novel property of DNA [6] which may explain how Dr Marichal’s specific nucleic acids or other highly diluted DNA molecules target and interact with beneficial genes.

Evidence thus far suggests that electromagnetic signals may be received and transmitted by ‘nanostructures’ [6] that have not yet been fully characterized. However it is thought that they may reflect soluble complexes that are formed between double stranded DNA and water molecules at fairly precise molecular ratios.
Because of the unique structure of DNA molecules, it is unlikely that substances other than DNA are able to form similar nanostructures and emit the same type of DNA targeting electromagnetic signals, once again supporting the view that other homeopathic substances, such as those investigated by Dr Sunili and colleagues,[2] target the genome by some other mechanism yet to be discovered.

As indicated above, recent scientific discoveries provide a possible explanation for the success of Dr Marichal’s New Homeopathic remedies in which he uses highly diluted DNA molecules with defined sequences to target beneficial regions of the genome. Now that highly diluted DNA molecules have been shown to target beneficial regions of the genome, in Australia, the author has used exactly the same approach to target specific regions of the genome that have been found to promote and maintain various forms of super-health (natural hybrid vigour) and afford disease resistance so that everyone has the opportunity to live a longer, healthier happier life. It is referred to as the Homeovitality system, because it is designed to promote optimum health rather than alleviate disease.
One example of the Homeovitality range is HoV-KLO. HoV-KLO contains highly diluted DNA molecules that have been formulated to target the KL gene.[7]
KL is one of the most important health promoting genes ever discovered. It has been shown to enable people to live longer healthier lives through a form of hybrid vigour[8] It also helps to reduce blood pressure and protect against heart disease.[8]
It is also referred to as ‘the anti-aging’ gene because reduced levels of KL are associated with accelerated aging.[9, 10]
KL also helps to keep the kidneys healthy and protects against the development of rheumatoid arthritis.[11] Early findings suggest that KL may even slow down progression of breast cancer.[12]
Scientists have discovered that there is a gradual decline in KL activity as we get older. As well as accelerating the ageing process, the decline in KL activity leads to impaired immunity.[11] As a consequence, everyone’s health would benefit by doing everything possible to counteract the inevitable age related decline in KL activity. HoV-KLO has been developed to do just that. For information on other Homeovitality products see www.homeovitality.com

Finally, in view of some of the remarkable new findings highlighted above, particularly with respect to some of the newly discovered properties of highly diluted DNA, many new and exciting possibilities lie ahead for the practices of Homeopathy, New Homeopathy and Homeovitality.
Future work may focus on unravelling each of the different ways that highly diluted substances can interact with the genome so that more effective and specific homeopathic treatments can be developed. It will also be of great interest to determine whether any of the alternative mechanisms that underpin the benefits of high dilution technology require collaboration with the psychobiological gene expression system.[13]
Some of these recent findings also raise the possibility that beneficial properties of homeopathic substances may be able to be pre-determined more effectively in the laboratory.