You are here:
Homeopathic ResearchWomen's Health 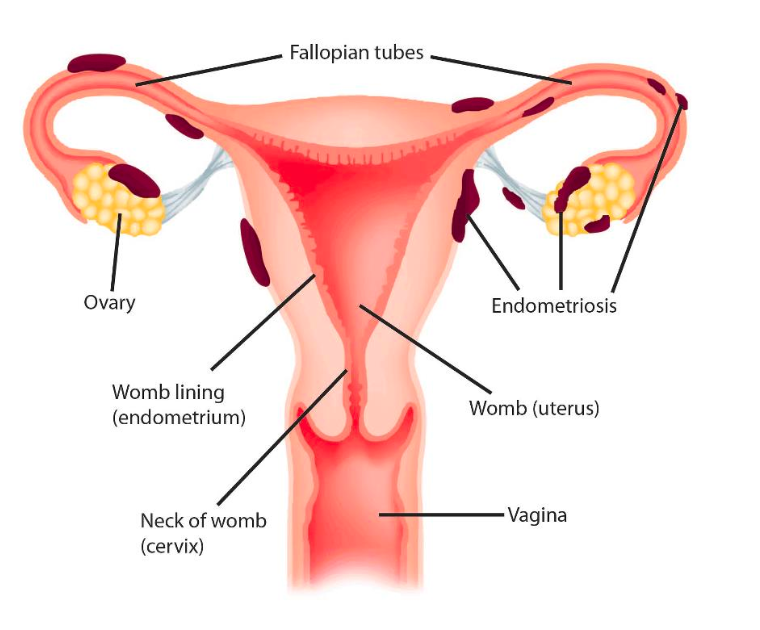 ORIGINAL PAPER
Protocol of randomized controlled trial of potentized estrogen in homeopathic treatment of chronic pelvic pain associated with endometriosis
Marcus Zulian Teixeira*, Sergio Podgaec and Edmund Chada Baracat
Department of Obstetrics and Gynecology, School of Medicine, University of Sao Paulo, Sao Paulo, Brazil
Background: Endometriosis is a chronic inflammatory disease that causes difficult-to- treat pelvic pain. Thus being, many patients seek help in complementary and alternative medicine, including homeopathy. The effectiveness of homeopathic treatment for endo- metriosis is controversial due to the lack of evidences in the literature. The aim of the pre- sent randomized controlled trial is to assess the efficacy of potentized estrogen compared to placebo in the treatment of chronic pelvic pain associated with endometriosis. Methods/design: The present is a randomized, double-blind, placebo-controlled trial of a homeopathic medicine individualized according to program ‘New Homeopathic Medicines: use of modern drugs according to the principle of similitude’ (http:// newhomeopathicmedicines.com). Women with endometriosis, chronic pelvic pain and a set of signs and symptoms similar to the adverse events caused by estrogen were recruited at the Endometriosis Unit of Division of Clinical Gynecology, Clinical Hospital, School of Medicine, University of Sa~o Paulo (Hospital das Clınicas da Faculdade de Me- dicina da Universidade de Sa~o Paulo e HCFMUSP). The participants were selected based on the analysis of their medical records and the application of self-report structured questionnaires. A total of 50 women meeting the eligibility criteria will be randomly allo- cated to receive potentized estrogen or placebo. The primary clinical outcome measure will be severity of chronic pelvic pain. Statistical analysis will be performed on the intention-to-treat and per-protocol approaches comparing the effect of the homeopathic medicine versus placebo after 24 weeks of intervention.
Discussion: The present study was approved by the research ethics committee of HCFMUSP and the results are expected in 2016.
Trial registration: ClinicalTrials.gov Identifier: https://clinicaltrials.gov/ct2/show/NCT02427386. Homeopathy (2016) 105, 240e249.
Keywords: Endometriosis; Pelvic pain; Estrogen; Protocol; Homeopathy; Clinical symptoms; Randomized controlled trial
Homeopathy (2016) 105, 240e249 ! 2016 The Faculty of Homeopathy. Published by Elsevier Ltd. All rights reserved.
http://dx.doi.org/10.1016/j.homp.2016.03.002, available online at http://www.sciencedirect.com

Endometriosis is a chronic inflammatory disease charac- terized by ectopic implantation and growth of endometrial tissue (ovaries, peritoneum, retrocervical region, rectosigmoid colon and bladder, among others). It affects about 10e15% of women of reproductive age, which corre- sponds to 70 million cases worldwide. The most common complaints among women with endometriosis are dysmenorrhea, deep dyspareunia, noncyclic pelvic pain and infertility, in addition to gastrointestinal and urinary problems (pain or bleeding upon passing stools or urine) during the menstrual period. Based on clinical parameters, endometriosis is classified as three distinct entities: super- ficial peritoneal endometriosis, ovarian endometriosis (en- dometrioma) and deeply infiltrating endometriosis, with increasing severity in this order. From the pathophysiolog- ical point of view, endometriosis is mainly an estrogen- dependent disease.1,2

The gold standard for diagnosis of endometriosis is vi- sual inspection under surgery (preferably by means of lap- aroscopy) and biopsy of lesions. However, noninvasive methods, like magnetic resonance imaging (MRI) and transvaginal ultrasound (TVUS), exhibit high diagnostic accuracy in ovarian and deeply infiltrating lesions when specific protocols are applied by experienced profes- sionals.3e7
The economic and social impacts of endometriosis are considerable. In the United States, endometriosis accounts for one third of hospital admissions for gynecological causes,8 while one study conducted in Italy showed that the annual cost of inpatient treatment is about 54 million euros.9
Broadening the spectrum of the ‘endometriosis disease’ to the ‘endometriosis syndrome’, several studies demon- strate the association of other comorbidities with the most common complaints of the endometriosis (dysmenorrhea, deep dyspareunia, noncyclic pelvic pain and infertility), like autoimmune diseases (systemic lupus erythematous, rheumatoid arthritis, among others),10e12 ovarian cancer,10e14 psychiatric disorders (depression, anxiety, among others),15e17 atopic diseases (asthma, sinus allergic rhinitis and dermatitis),10,12,18,19 migraine,20e23 sleep disorders,24 urinary functional disorders,25 visceral syndrome (constipation or diarrhea, nausea or vomiting, among others),26 among others. Some of these comorbid- ities are not associated with chronic pain, and present ge- netic correlation with endometriosis.
In addition to surgical removal of lesions (laparos- copy), pharmacological treatment is indicated to induce anovulation, hypoestrogenism and amenorrhea, for which purpose combined contraceptives, gonadotropin- releasing hormone (GnRH) agonists, danazol and proges- togens alone, as well as levonorgestrel-releasing intra- uterine devices (LNg-IUD) are used. However, improvement of pain is not systematically achieved in an efficient manner, while it depends on the continuous use of medication, being that the rate of recurrence after discontinuation is over 50%.27 In turn, continuous and prolonged use of those agents is associated with adverse events, like virilization and menopausal-like symptoms, among others.28,29
As a function of the side effects of conventional treat- ment and its failure to induce a systematic effective response, development of complementary therapeutic ap- proaches is necessary to minimize the suffering of patients. Homeopathy might represent one such complementary therapeutic option. While the occurrence of placebo effects

Protocol for RCT of potentized estrogen in endometriosis

MZ Teixeira et al
is similar among various modalities of therapeutic inter- ventions30,31 it is the ground for the current skepticism about homeopathy, whereby any clinical improvement is attributed to the nonspecific effects of homeopathic treatment.32e34 To refute that hypothesis, hundreds of randomized controlled trials (RCTs) were performed in the past decades aiming at demonstrating the efficacy of homeopathic medicines compared to placebo.35e40 Here we describe a specific research protocol elaborated to conduct a RCT to assess the efficacy of individualized homeopathic medication versus placebo for the treatment of chronic pelvic pain associated with endometriosis. To the best of our knowledge, no RCT has yet been performed assessing homeopathic medicines in the treatment of endometriosis.
Homeopathic therapeutics is grounded on four pillars: principle of therapeutic similitude (similia similibus curen- tur), pathogenetic testing of medicinal substances (similar to phase I pharmacological clinical studies), use of poten- tized (highly diluted and agitated) remedies and individual- ization of medicines (according to the full picture of characteristic signs and symptoms exhibited by the pa- tient). The relevance of the highly diluted doses notwith- standing (which were introduced at a later stage in the early development of homeopathy to avoid the aggravation large doses could cause in patients subjected to treatment by similars), only therapeutic similitude and pathogenetic testing of medicines are the true pillars of the homeopathic model, whereas prescription of individualized medicines is indispensable for highly diluted doses to trigger a therapeu- tic response.
The clinical application of the principle of therapeutic similitude demands administering to patients medicines that induced similar signs and symptoms in human exper- imenters (primary action of drugs). The aim of this proce- dure is to awaken a vital reaction (organism’s secondary action) in the patient against the organism’s own disorders. According to a homeopathic aphorism, ‘any substance able to cause symptoms in a healthy individual might be used to treat those very same symptoms in an ill person’. The ef- fects caused by homeopathic medicines in several experi- menters are compiled in the homeopathic materia medica, which thus contains the dataset required for the application of the principle of therapeutic similitude based on the full picture of characteristic signs and symptoms ex- hibited by each individual patient. Thus being, a specif- ically individualized medicine is selected for each particular patient, namely, the one that awakened a similar set of signs and symptoms in experimenters. It is worth to observe that any (natural or synthetic) substance might serve as a homeopathic medicine provided it produced pathogenetic effects in human beings.
The ‘primary actions’ or ‘pathogenetic effects’ of ho- meopathic medicines correspond, mainly, to the ‘adverse/ side effects’ of conventional drugs. Similarly, the homeo- pathic ‘secondary action’ or ‘vital reaction’ corresponds to the organism’s ‘rebound effect’ or ‘paradoxical reac- tion’. Although poorly known among doctors, the rebound effect takes place following discontinuation or tapering of

Protocol for RCT of potentized estrogen in endometriosis

MZ Teixeira et al
hundred of modern drugs of many different types. It is defined as, “the production of increased negative symptoms when the effect of a drug has passed or the patient no longer responds to the drug; if a drug produces a rebound effect, the condition it was used to treat may come back even stronger when the drug is discontinued or loses effec- tiveness”.41 We started investigating the rebound effect in 1997 as an attempt to give modern scientific foundations to the principle of therapeutic similitude.42e53
A new therapeutic approach is currently evolving within modern pharmacology based on the use of substances that induce definite organic dysfunctions to treat similar disor- ders, being thus analogous to the therapeutic method home- opathy employs for more than 200 years.54,55 Known as ‘paradoxical pharmacology’,56e61 it assumes that, ‘exacerbating a disease [can] make use of the body’s compensatory and redundant mechanisms to achieve a beneficial long-term response’,56 thus suggesting the use of the paradoxical and bidirectional drug effects with ther- apeutic intention.
That therapeutic approach is exemplified by the use of
beta-blockers and calcium channel blockers in the treat-
ment of congestive heart failure (CHF), with consequent
improvement of the ventricular contractility and reduction
of the associated mortality.56,60,62,63 Beta-blockers might
also be used for chronic treatment of asthma, in which con-
dition they promote bronchodilation and reduce the airway
inflammation.56,60,64 Similarly, arsenic trioxide (As2O3), a
significant carcinogenic agent, showed much promise as
anticancer drug (for instance, in acute promyelocytic
leukemia).65,66 These are just some examples among many.67e71
Aiming at bridging the gap between different therapeu-
tic systems, as well as to broaden the scope of action of the
treatment by similars, in 2003 we began to elaborate a sys-
tematic method of application of the curative rebound ef-
fect of drugs. Thus we suggest giving patients drugs that
cause adverse events similar to the full picture of their
characteristic signs and symptoms, but in highly diluted
doses (homeopathic potencies) so as to stimulate a homeo-
static reaction in the organism against its own disor- ders.72e75
To operationalize the aforementioned proposal, we elaborated a Homeopathic Materia Medica of Modern Drugs (HMMMD), which includes all the adverse events (primary or pathogenetic effects) of 1250 modern drugs as described in the United States Pharmacopeia Dispensing Information (USP-DI).76 The entries follow the chapter distribution of the traditional works on homeopathic ma- teria medica. In addition, to facilitate the selection of the individualized medication, to remind, the key for the suc- cess of homeopathic treatment, we elaborated a Homeo- pathic Repertory of Modern Drugs (HRMD) too. Also the organization of that work follows the one of the tradi- tional homeopathic repertories, and thus pathogenetic manifestations and the corresponding medicines are distributed across anatomical-functional categories and their relative frequencies are indicated. This program, named ‘New Homeopathic Medicines: use of modern

drugs according to the principle of similitude’, including theoretical and practical materials, is available at an open- access bilingual (English, Portuguese) website (http:// www.newhomeopathicmedicines.com).77