A Review of Homeopathic Research in the Treatment of Respiratory Allergies 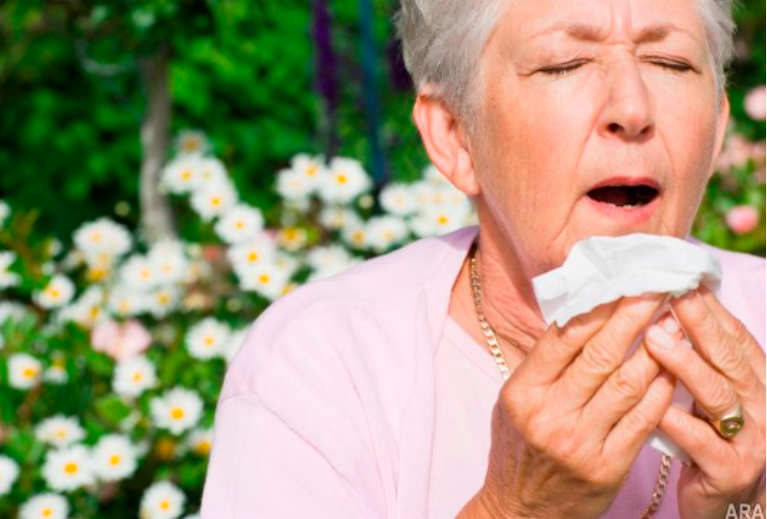 There are conceptual and historical links between homeopathic medicine and modern allergy desensitization treatment. Conventional allergy desensitization and homeopathic treatment both utilize small doses of substances that might cause symptoms in order to prevent or treat a hypersensitive state. Homeopathy has historically been associated with allergy treatment. This article reviews evidence from controlled trials for the use of homeopathy in respiratory allergies. Several clinical trials, many of which were published in “high impact” conventional medical journals, describe significant effects of homeopathic treatment in allergic patients. Most of these clinical studies have been deemed to be high quality trials, according to the three most commonly referenced meta-analyses of homeopathic research. Basic in vitro experimental studies also provide evidence that the effects of homeopathy differ from placebo.
(Altern Med Rev 2010;15(1):48-58

A small footnote in medical history involves a Scottish homeopathic physician, C.H. Blackley, who in 1871 first identified pollen as the cause of hay fever.1 Another historical fact is that one of three physicians who founded the American Academy of Allergy was a San Francisco homeopathic physician, Grant L. Selfridge.2 Selfridge was also the first to conduct a botanical and pollen survey in western United States.
The primary precept of various modern allergy treatments derives from the homeopathic principle of treating “like with like,” suggesting the primary principle of homeopathy has unconsciously been part of mainstream medicine. Homeopathic medicine is a type of nanopharmacology or “medical biomimicry” in which extremely small and specially prepared doses of various substances from the plant, mineral, animal, or chemical kingdom are prescribed to treat specific syndromes they are known to cause in overdose.3 As opposed to pharmacological agents prescribed to inhibit or suppress a patient’s symptoms, homeopathic medicines are prescribed to mimic and augment the patient’s immune response and natural defenses.4

There is actually a larger body of clinical3,5,6 and basic science7,8 research that has tested homeo- pathic medicines than most people realize. Several clinical trials have demonstrated the efficacy of homeopathic medicines for treatment of serious illnesses, such as profuse tracheal secretions in critically ill patients suffering from chronic obstructive pulmonary disease9 and severe sepsis.10 Furthermore, the homeopathic treatment of influenza and influenza-like syndrome has under- gone four large clinical trials, the results of which the Cochrane Review refers to as “promising.”11
Although The Lancet published a review of homeopathic research that suggested no significant differences between homeopathic treatment and placebo,12 there were significant problems with this analysis, including inadequate external validity of the small number of trials selected and significant bias in choosing the limited number of trials to evaluate.13-16 Shang et al recognized one trial on polyarthritis as “high quality.” This trial, however, was discarded because the reviewers asserted there was no comparable trial in allopathic medicine – a surprising claim that there has never been a double-blind, placebo-controlled trial on patients with polyarthritis.12 It was also surprising the researchers chose to include a large clinical trial using a single homeopathic medicine (Thyroidinum 30C) in the treatment of weight loss, even though there is no evidence this remedy in this potency is typically prescribed for weight loss.

More comprehensive reviews of this body of clinical research show that the results reported in The Lancet are less definitive than the review suggests. These recent reviews show that several high quality trials testing homeopathic medicines were not included in the analysis, that the definition of “large” clinical trial was different for allopathic (n=146) than homeopathic (n=98) trials, and that the designation of large trials seemed to be post hoc.14-16

Although the homeopathic principle of similars may be utilized in conventional allergy desensitization shots, there are substantial differences between conventional and homeopathic allergy treatment. First, desensitization shots are only used in the prevention of allergy symptoms, whereas homeopathic medicines are used for prevention or treatment of allergies. Second, homeopathic medicines utilize much smaller doses. Although sometimes the substance to which the person is allergic is prescribed in a homeopathic dilution, more frequently a medicine is given based on its ability to cause the similar complex of symptoms (beyond just the allergy symptoms) the sick person is experiencing.
Classically trained homeopaths often prescribe a “constitutional medicine,” a homeopathic remedy individually chosen based on the constellation of physical and psychological symptoms the person is experiencing, not just the allergy symptoms. Finding a person’s constitutional medicine requires the individualized care of a professional homeo- path. Homeopaths contend this approach to prescribing homeopathic medicines has the potential to provide significant relief of acute and chronic ailments, sometimes leading to significant improvement or a cure of the person’s allergy state.17
From a homeopathic perspective, one of the great misunderstandings about allergies is the assumption that the allergen (e.g., the cat dander, pollen, or house dust mite) is “the problem.” Instead, the allergen is the trigger and the allergic person’s body is the loaded gun. Rather than treating and suppressing the person’s symptoms or avoiding the allergen as a means of staying healthy, homeopaths seek to find the homeopathic medicine that will strengthen the individual’s defense amr® system. No studies, however, have evaluated the efficacy of long-term homeopathic “constitutional” treatment. Instead, clinical trials have evaluated the use of homeopathic medicines for treating various acute allergy symptoms, usually over a one- to three-month period.

A body of clinical evidence and laboratory findings suggests a biological and clinical effect from homeopathic medicines in the treatment of respiratory allergies. Because the quality of a clinical trial is important to its evaluation, refer- ence to the quality of the trial by reviewers is discussed. There have been three meta-analyses of homeopathic clinical trials published in high impact journals.5,12,18 These reviews of homeopathic research will be referred to below with reference to which trials have been deemed to be high quality.
Several clinical studies utilize an “isopathic” approach to using homeopathic medicines. That is, rather than using a substance as a medicine that causes “similar” symptoms as the ill individual, the isopathic approach uses a substance that causes the “same” symptoms as the sick person’s (the prefix “iso” means same, while “homeo” means similar). Examples of such isopathic treatment are the use of homeopathic doses of house dust mite to treat house dust mite allergies or the use of common flowers or grasses, known to cause symptoms of hay fever, to treat people suffering from hay fever.
To date, no studies have compared the isopathic and classical homeopathic methods of allergy treatment, although in both methods the medici- nal substance undergoes the same pharmacological manufacturing processes of dilution and succussion.

Galphimia glauca: Alone or in Combination

A randomized, controlled trial (RCT) of hay fever patients compared the effectiveness of a homeo- pathic preparation of Galphimia glauca (Galphimia 6C) or placebo four times daily while symptoms persisted.19 What is particularly interesting about this study is the researchers also compared these two preparations with a dose of Galphimia diluted 1:10 six times without the common procedure of succussion of the solution after each dilution. This

Isopathy: Pollens and Other Seasonal Allergens
A four-week, double-blind clinical trial compar- ing homeopathic preparations with placebo was conducted in the Phoenix metropolitan area during the regional allergy season of February to May.23 Subjects (40 men or women, ages 26-63) diagnosed with moderate-to-severe seasonal allergic rhinitis were given a homeopathic preparation (6X) of common allergens in the U.S. Southwest. Study outcomes included allergy-specific symptoms using the rhinoconjunctivitis quality-of-life question- naire (RQLQ), functional quality of life using the Medical Outcomes Study Short Form-36 (MOS SF-36), and the work productivity and activity impairment (WPAI) questionnaire. Scales from the RQLQ, MOS SF-36, and WPAI questionnaires showed significant positive changes between baseline and four weeks in the homeopathic group compared to the placebo group (p<0.05). Subjects reported no adverse effects during the intervention period. These preliminary findings indicate potential benefits of homeopathic intervention in reducing symptoms and improving quality of life in patients with seasonal allergic rhinitis in the southwestern United States. Although this study was published in a conventional pharmacology journal prior to Shang’s 2005 meta-analysis, it was not reviewed.12
David Reilly, MD, in conjunction with the University of Glasgow and the Glasgow Homeopathic Hospital, conducted a series of clinical trials of homeopathic medicines for treatment of allergic disorders. The first was a pilot study of 36 subjects suffering from hay fever.24 An RCT was conducted using a 30C potency of mixed grass pollens. Subjects given the treatment experienced a significant reduction in allergy symptoms (p=0.002).
The successful pilot study led the researchers to conduct a larger RCT of 144 hay fever patients.1 Published in The Lancet, this study found homeo- pathically prepared doses of mixed grass pollens in the 30C potency were effective in significantly reducing hay fever symptoms compared to patients given a placebo (p=0.02). The Kleijnen18 and Linde5 meta-analyses deemed this trial to be of high quality (in fact, both meta-analyses deemed this trial to be tied for the highest quality trial testing homeopathic medicines); Shang,12 without expla- nation, did not consider it to be a high quality trial.
The unique design of this study included a one-week placebo run-in for all subjects. The homeopathic treatment of people with chronic
diseases, including respiratory allergies, typically finds an “aggravation of symptoms” (also called a “healing crisis”) occurs shortly after initial treatment. After it dissipates the patient tends to experience a significant degree of symptom relief. This study was no exception, with more homeopa- thy patients (n=21) experiencing a 50-percent or greater increase in symptoms from week 1 to week 2 (using a visual analogue scale [VAS]) than those in the placebo group (n=11; p<0.05). In the final analysis, however, the homeopathy group experi- enced greater symptom improvement compared to the placebo group. The mean change in VAS symptom score from baseline to the end of the trial in homeopathy subjects was significant compared to those in the placebo group (p=0.0004). The VAS daily symptom score goes from -100 (representing improvement) to +100 (representing symptom increases). The homeopathy group experienced a 17.2-point decrease in VAS symptom score, representing symptom improvement, while placebo subjects experienced only a 2.6-point decrease in VAS symptom score between the placebo run-in week to the end of the fifth week (p=0.02).1
This study allowed all subjects to use an antihis- tamine when symptoms warranted. Although a similar number from each group (47, homeopathy; 45, placebo) took an antihistamine at least once during the trial, significantly more subjects in the homeopathy group (16 of 47) than the placebo group (9 of 45) discontinued these drugs by the end of the five-week trial. The mean number of antihistamine tablets taken by placebo subjects at the end of the trial was double that of the home- opathy group (p=0.03).1
Another RCT evaluated the effect of homeo-pathic medicine in 51 patients with perennial allergic rhinitis in four general medical practices and a hospital ear, nose, and throat outpatient clinic.25 A placebo (n=27) or a 30C potency of the substance to which the individual was found most allergic by conventional skin testing (n=24) was given in three doses; one subject in the treatment group was lost to follow-up. The treatment group experienced an average 21-percent improvement in nasal airflow from baseline compared to a two- percent improvement in the placebo group during the third and fourth week (mean difference 19.8 L/ min; 95% confidence interval [CI] 10.4-29.1; p=0.0001). Although both groups reported symptom improvement from baseline on VAS, the difference was not statistically significant…